Share a memory
Obituary & Services
Tribute Wall
Read more about the life story of Gwendolyn and share your memory.

Gwendolyn Wellons, daughter of the late Bernice Mitchel and George Wellons, Sr., was born on August30, 1949 in Trenton, New Jersey. Gwendolyn received her wings on Monday, November 14, 2022 surrounded by her loving family.
"Ben", as she was so affectionately known by family and friends, was a loving and caring daughter, mother, grandmother, sister, auntie and friend.
Gwendolyn was a graduate of the Trenton Public School System and attended Mercer County CommunityCollege.
In her early twenties, Gwendolyn began her career in the Advertising Department at the TrentonTimes Newspaper on Perry Street.
Gwendolyn relocated to Atlanta, GA., where she turned her life over to Christ. She was a dedicated and long-time member of World Changers Church International in Atlanta, Georgia for more than 20 years. During her years of worship at World Changers Church International, Gwen served as a devotedusher as well as providing administrative support. Gwendolyn was known for spreading the word toher family, friends and co­ workers.
Gwendolyn was employed at the Atlanta Journal Constitution where she worked in various departments before retiring.

Following her retirement from the Atlanta Journal Constitution, Gwen continued to be very active in her community by supporting her friends' small business, Heavenly Delight Bakery and volunteering at various organizations.
In addition to her parents, she was predeceased by two brothers Gary Mitchell, George Wellons, Jr.
Gwendolyn leaves to cherish her devoted and caring daughter, Lakeba Wellons; one granddaughter; Tionna Thompson, one great-granddaughter; Amour Thompson, four sisters; Shirley Mitchell of South Carolina, Joyce Mitchell, Helaine Wellons-Thompson and Karen Wellons all of Trenton, four nieces; Sonya Pemberton(Greg) of South Carolina, Carla Wellons of Maryland, and Donna Wellons of Trenton, three nephews; Michael Davis, Sean Thompson and Capital Wellons of Trenton and a host of great­ nieces, great-nephews, cousins and a host of dear friends at the Atlanta Journal Constitution and World Changers Ministries in Atlanta, GA. Her sister circle consist of, Eunice Glover-Adams and Lillian Jackson of New Jersey, and Vicki Simes, Heidi Billings, and Latanya McPherson of Georgia.
Funeral service will be 11am Saturday, November 26, 2022 at Fraternidad Cristiana, 715 Bellevue Ave., Trenton, NJ 08618. Calling hours will be 9am until the time of service. Interment will be at Greenwood Cemetery, Hamilton, NJ.  Arrangements are by Hughes Funeral Home.

To send flowers to the family or plant a tree in memory of Gwendolyn Wellons, please visit our floral store. 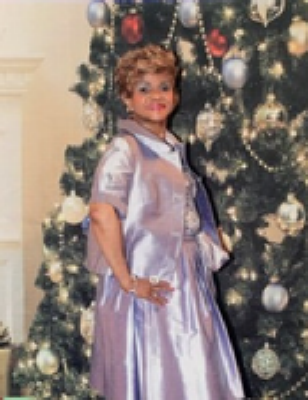